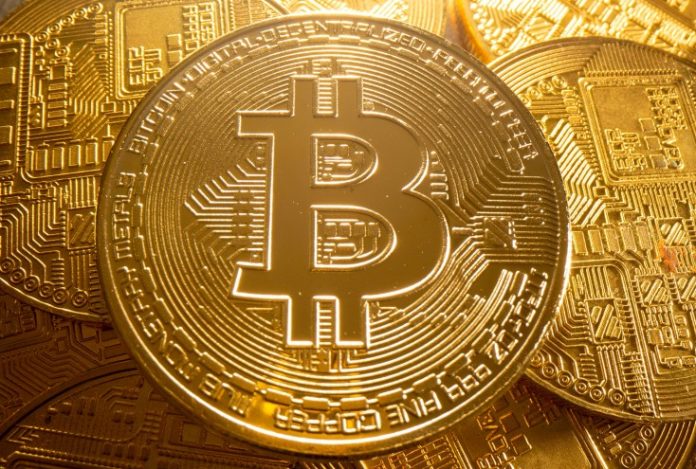 Bitcoin on Friday topped $60,000 for the first time since April amid expectations that the Securities and Exchange Commission will approve an exchange-traded fund based on futures contracts tied to the volatile cryptocurrency.

Bitcoin was last seen trading at nearly $60,100 per coin, up more than 4 percent from a day earlier, according to crypto exchange Coinbase.

This week’s gains put bitcoin within striking distance of its all-time high of more than $64,800 reached in April. The digital coin’s now up more than 22 percent from a month ago, and more than 67 percent since Jan. 1.

The most recent rally comes after Bloomberg reported that the SEC is set to allow the first US bitcoin futures ETF to begin trading next week, a step viewed as key by crypto investors to winning over more widespread adoption among the investing public.

For years, various managers in the $6.7 trillion ETF industry have tried to get clearance from the SEC for a bitcoin ETF, but efforts have hit repeated obstacles as the industry tried to find a vehicle for the investment mechanism that the SEC would find suitable.

Cameron and Tyler Winklevoss, the twins made famous for their role in the history of Facebook, filed the first application for a bitcoin ETF in 2013.

The SEC has until Monday at midnight to reject the bitcoin futures ETF sponsored by ProShares, otherwise it will begin trading on Tuesday. Another, the Invesco Bitcoin Strategy ETF, is likely to soon follow, Bloomberg reported.

Fueling speculation over the imminent approval is a tweet from the SEC’s Office of Investor Education and Advocacy.

“Before investing in a fund that holds bitcoin futures contracts, make sure you carefully weigh the potential risks and benefits,” the office tweeted Thursday afternoon.

But the regulator could still land on a last-minute rejection of the applications.

The SEC has argued before that the crypto space is still too volatile and that it’s vulnerable to market manipulation.

The regulator, helmed by Gary Gensler, is expected to be more accepting of bitcoin futures — which are derivatives of the spot market and already regulated by the Commodity Futures Trading Commission — than a pure-play bitcoin ETF, even if that’s what many hardcore crypto investors may prefer.

Gensler has previously signaled he’d favor ETFs based on regulated bitcoin futures, though he’s also ramped up his criticism of the crypto sector in recent months, calling it the “Wild West.”

Why Quality Mylar Bags Are Getting Preference in Food Storage Space

Henry - October 14, 2021 0
McDonald’s announced Thursday it will test its meatless McPlant burger — created in partnership with Beyond Meat — at a handful of restaurants across the US next month. Starting Nov. 3,...

Vladimir Putin says crypto ‘has value’ but can’t be used in...

Where Is Roll Up Door Latch Stainless Steel Used?

ABOUT US
We brings to you the latest and most popular news related to every kind of business. Our platform contains news related to business.
© Copyright 2021 - All Rights Reserved
MORE STORIES
Business