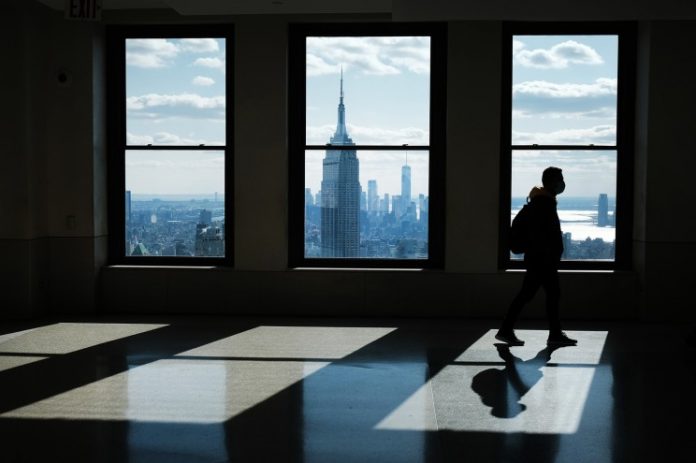 Americans who quit their jobs amid the ongoing COVID-19 pandemic may soon be begging for them back, one expert predicts.

Anthony Klotz, associate professor of management in Mays Business School at Texas A&M University, made the forecast in an interview with Insider on Thursday, describing the workers as “boomerang employees.”

“We’re going to see lots of [these] employees, who a year from now miss their jobs and decide their novel isn’t going as well as expected,” Klotz claimed.

Americans have been quitting their jobs at record rates in recent months, with a whopping 4.3 million resigning from their posts in August alone.

Klotz was one of the first experts to predict the mass walk-out, coining the term “The Great Resignation” earlier this year.

“The pandemic, and the lockdown associated with it, caused people to reflect on their lives and in many cases gave them the time and motivation to make a change,” he told The Post in an interview last month.

A hot job market and worker burnout are cited as common causes for the mass exodus — but now Klotz says many employees will likely end up right back where they left.

By now, some burned-out workers who quit their jobs may have had several months of rest, leaving them feeling refreshed and ready to return to their old employer.

And Klotz believes many businesses will be willing to take them back.

“Selecting employees is really, really hard to do, and nobody’s that good at it, because I can’t see whether you’re going to be a good worker or not. With boomerang employees, I’ve seen you work, so the risk of the selection process goes way down,” he explained to Insider.

However, it may not be good news for people who have impulsively “rage quit” their jobs and trashed their workplace on the way out.

For those who are considering quitting in the near future, Klotz says it’s important to leave the workplace on good terms and keep the door open for the future.While it’s unclear just how many Americans will eventually return to their old workplaces, there are some who have vowed never to do so — particularly white-collar employees who have been ordered to return their offices full-time.He advises resigning in person, if possible, and expressing gratitude for the job in an exit interview.

Bloomberg spoke with one disgruntled worker back in June who left her job after being required to head back to the office.

“They feel like we’re not working if they can’t see us,” she said of her former bosses. “It’s a boomer power-play.”

A 1,000-person poll done in May by Morning Consult — on behalf of Bloomberg News and cited in the same article — found that 39% of workers said they’d consider quitting their jobs if their employers didn’t allow them some remote work flexibility.

Why Quality Mylar Bags Are Getting Preference in Food Storage Space

Henry - April 8, 2022 0
If you're new to the inspection process, you might be wondering how many items you need to evaluate to assure quality: should you check them...

Vladimir Putin says crypto ‘has value’ but can’t be used in...

Where Is Roll Up Door Latch Stainless Steel Used?

ABOUT US
We brings to you the latest and most popular news related to every kind of business. Our platform contains news related to business.
© Copyright 2021 - All Rights Reserved
MORE STORIES
Business